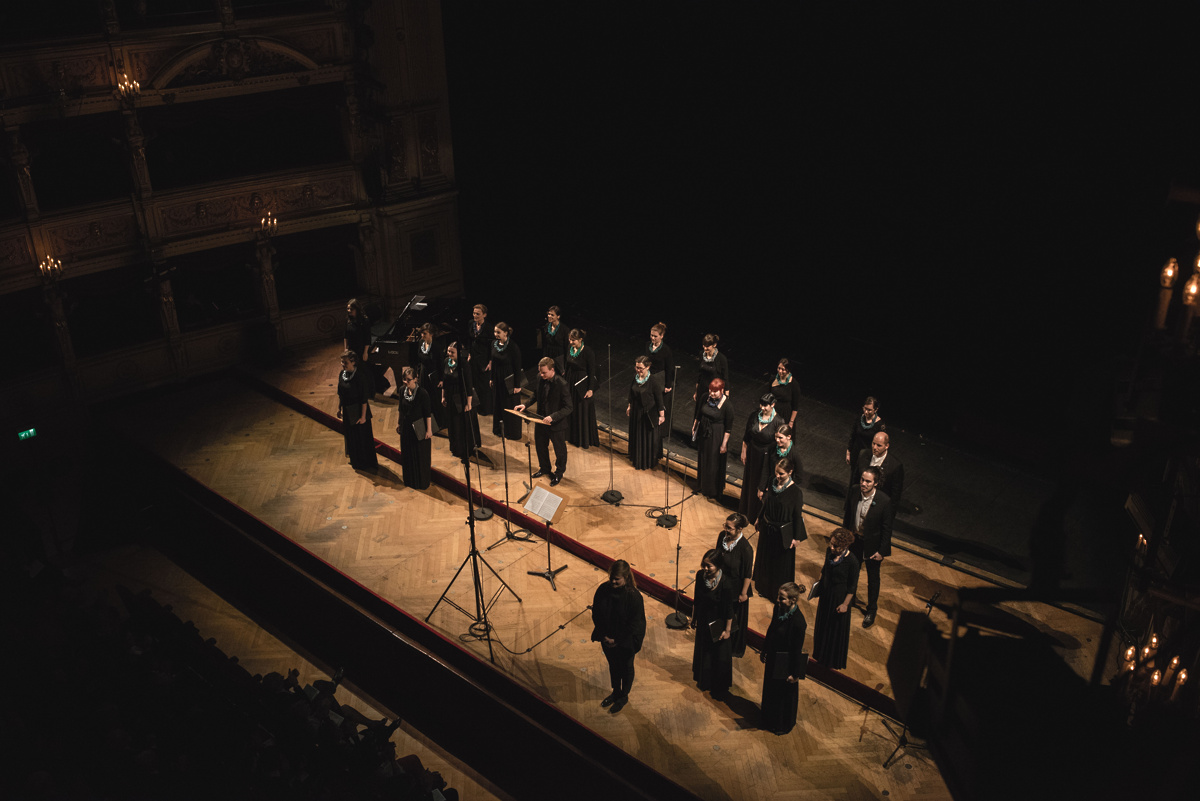 VIKRA - The vocal group of the Glasbena Matica Trieste was formed in 2014 around conductor Petra Grassi, winner of numerous choral and choral conducting competitions. The primary group of choristers, strongly united by the love for Slovenian singing, was soon enriched by two male altos voices which gave personality and roundness to the calibrated sound of the female voices. The fine taste for the repertoire and the inspiration of concert proposals have accompanied the group and its director along a significant vocal and musical growth, making it one of the most successful ensembles in Friuli-Venezia Giulia.

The group is made up of Slovenian and Italian choristers from Trieste, Gorizia, Udine, Venice and Ljubljana, who masterly navigate through the performance of compositions for equal voices from the Renaissance, romantic and contemporary repertoires. Of the latter, the ensemble boasts many premieres executions. 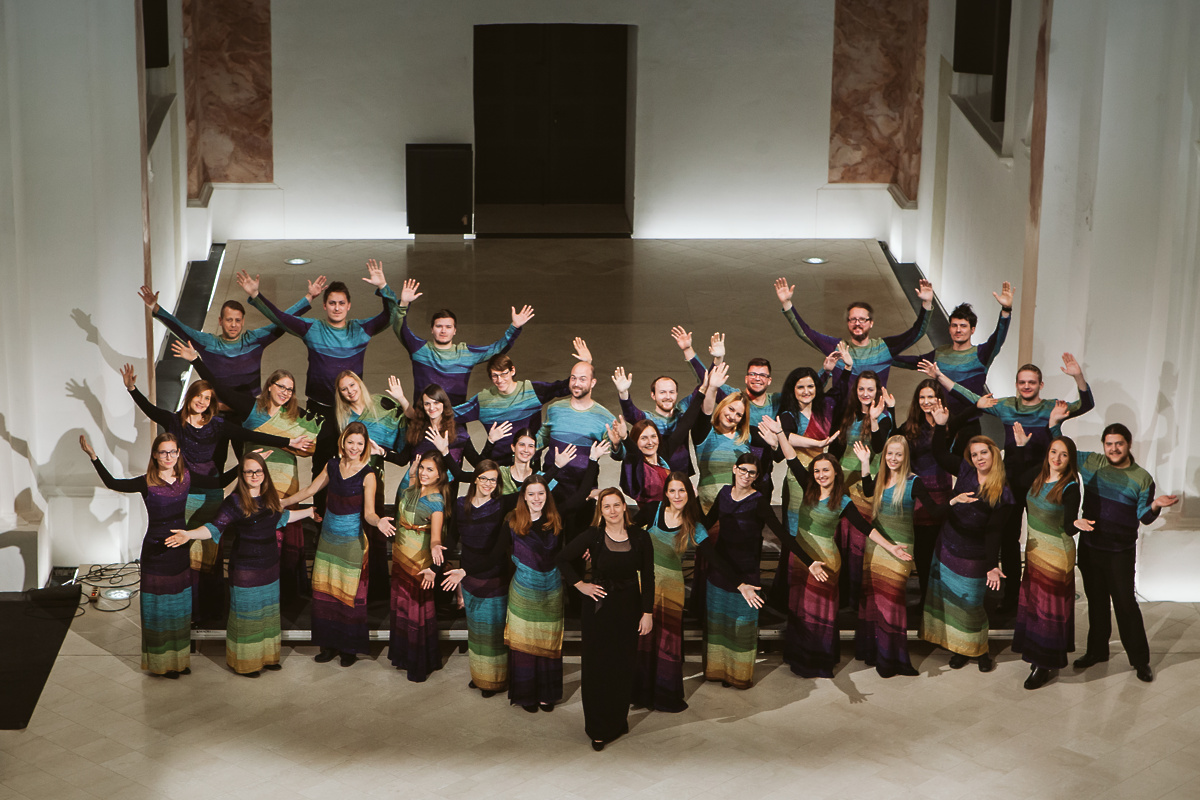 Chamber choir of Conservatory of music and balet Ljubljana (KGBL) 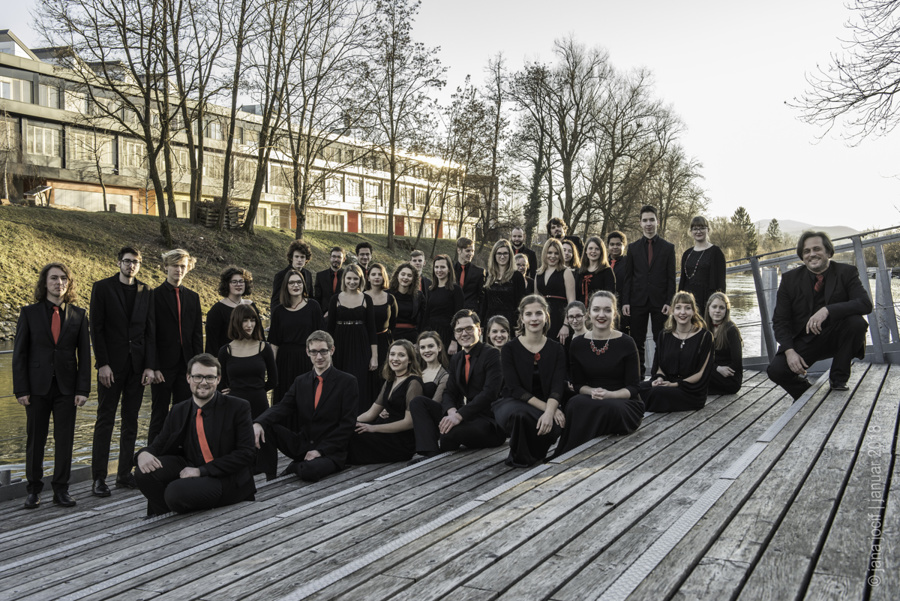 Choral activities at Conservatory for Music and Ballet Ljubljana (Slovenia) started progressing when composer and conductor Ambrož Čopi assumed leadership of the choir in 2010.  After four years of growing quality and various achivements at competitions, the decision to split the choir into two groups was made - one choir that consists of all the students of the conservatory that are not included in the schools' orchestras, and the other - Chamber choir - that consists of about 40 singers who are willing to improve their vocal technique, to sing a more demanding range of choral music and to reach higher performing standards. During the past three years, the assistants of the conductor were Petra Jerič, Tine Bec and Evgen Bibianko. Chamber choir regulary colaborates with vocal educators Edita Garčević Koželj and Tatjana Vasle. The KGBL Chamber choir, embraces a wide range of music genres and styles, from the Renaissance to modern music.  In the past three years the choir had commissioned many prominent composers, such as Lojze Lebič, Tadeja Vulc, Damijan Močnik, Črt Sojar-Voglar, Peter Šavli, Andrej Makor, Tine Bec, Matej Kastelic to create new compositions, which the choir successfully promotes at concerts and competitions in Slovenia and abroad.  The last three years have been very prolific for the KGBL Chamer Choir, as it achieved second and third place at the International Choral competition Talinn (Estonia, 2015); won the Grand prix in Moscow (Russia, 2016); it achieved first place at the National Choral competition ''Naša pesem'' (Our song), Maribor (Slovenia, 2016); second place at the International Choral competition ''Gallus'' Maribor (Slovenia, 2017); first place in category Polifonia and second place in category Folklore at the International Choral competition in Tolosa (Spain, 2017); first place at the International competition Cork (Irland, 2019). The choir successfully performed various concert cycles in Slovenia and abroad: Stockholm (Sweden, 2016); Borja, Ordizia, Getxo, Doneztebe (Spain, 2017); International Festvals in Basel (Switzerland, 2018); Taipei (Taiwan, 2018) and Beijing (China, 2018). 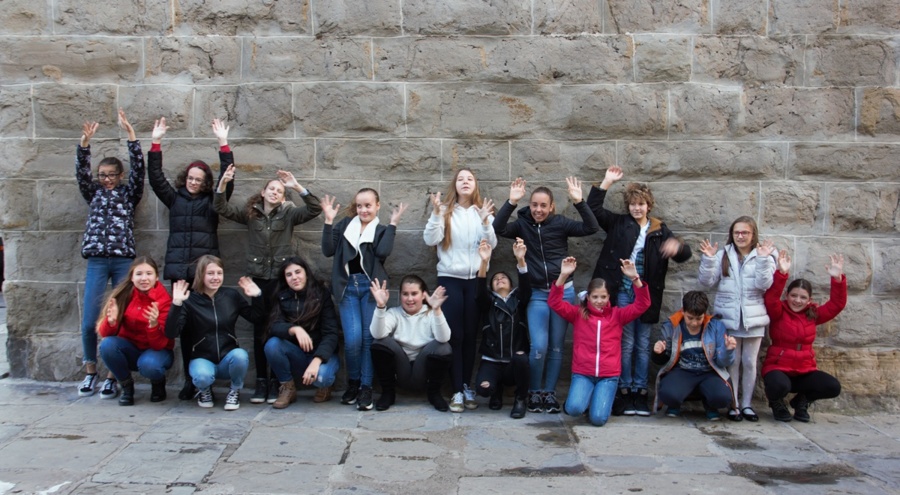 was founded by Maja Cilenšek in 2004. It has won several prizes and recognitions at national and international competitions. It has also worked with renowned Slovene and foreign musicians and has been invited to various festivals both in Slovenia and abroad (Koper, Ljubljana, Graz, Chiavenna, Padova, Trieste, Bergamo). The singers are especially proud of a number of premiers of musical compositions by Sovene composers, such as Uroš Rojko, Ambrož Čopi, Bojan Glavina, Matej Bonin and Andrej Makor. On the 10th anniversary of the choir, a CD with the title Pesmi na dlani was released by the RTV Slovenia Publishing and Record Label.