Artistic director of the festival

Ambrož Čopi received the Gallus Plaque for outstanding artistic achievements in the field of music - the highest recognition of the JSKD RS and the most prestigious national recognition - the Prešeren Fund Award. 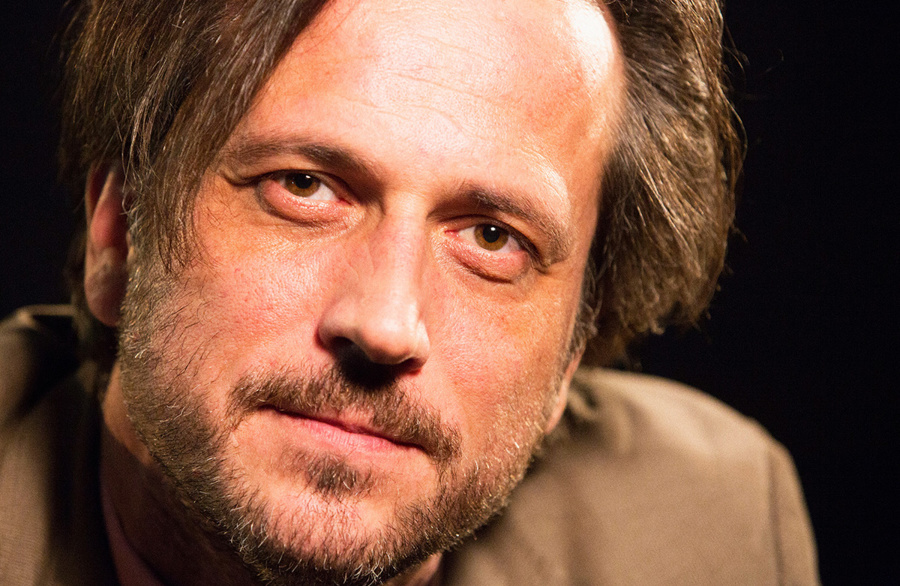 Ambrož Čopi (1973) was born in Bovec (Slovenia). After completing the Secondary Music and Ballet School in Ljubljana, he studied composition and piano at the Ljubljana Academy of Music and graduated in 1996 in the composition class of Dane Škerl; he completed his post-graduate studies in the class of Uroš Rojko. He gained first knowledge of vocal music as an assistant of the conductor Stojan Kuret in the Academic choir Tone Tomšič in Ljubljana and as a singer of the Chamber Choir Ave, and he attended further singing classes with Marjan Trček at the Music School Vič-Rudnik in Ljubljana. His compositions have been awarded at numerous composer competitions. They are comprised in CDs containing only Čopi’s compositins, i.e. Lirični akvareli (Academic choir APZ Tone Tomšič, conductor Stojan Kuret), So ptičice še snivale (ČarniCe, conductor Stojan Kuret), Praeparate corda vestra (Ave Chamber Choir, conductor Ambrož Čopi),  Sanjam (Slovenian Chamber Choir, conductor Martina Batič), as well as on various other CDs by national and foreign choirs. His compositions were published by Astrum, DSS, and Sulasol.

Ambrož Čopi was awarded the Young Musician Award in 1995 for the outstanding achievements during his study, while in 1997 he was bestowed the Prešeren Prize of the University of Ljubljana and the award of the Municipality of Bovec. In 2009 he was awarded the Gold Medal of the University of Primorska for the achievements with the APZ UP choir and in 2014 he was given two important awards by the Municipality of Koper. In 2016 he received Škerjanc recognition given by the Conservatory of Music and Ballet Ljubljana for outstanding artistic achievements with the Chamber Choir of the Conservatory  of Music and Balet Ljubljana and promotion of the Conservatory.

He has been a teacher at the Art Grammar School in Koper since 1999. He is the conductor of the Choir of the Music and Ballet Conservatory Ljubljana (2010–). In the past years, he also conducted the Youth Mixed Choir of the Art Grammar School Koper (1999–2002, 2007–2013) and the “Vladimir Lovec” Chamber Orchestra (2005–2007). With great success he conducted the Chamber Choir Iskra Bovec (1992–2001), the Nova Gorica Chamber Choir (1998–2004), the Mixed Choir Obala Koper (1998–2007) and the Academic Choir of the University of Primorska (2004–2014). Through the years, the choirs brought him fiveteen golden plaques from national competitions and twentyone first places and several golden plaques from competitions abroad. With the Academic Choir of the University of Primorska he performed as a finalist at the European Grand Prix in Choral Singing in Tours (France, 2009). Furthermore, he was awarded several special prizes for his interpretations, a number of prizes for exceptional achievements with the choirs, and was also voted best conductor at numerous competitions.

Ambrož Čopi is regularly invited to act as a member of the jury at various choral events and competitions, and he is often involved in choral music seminars at home and abroad as a lecturer.