An online voting for the Audience Award took place from 25 to 31 May. Indonesian Telkom University Choir received the most likes for its virtual video in which it featured the song DIES IRAE by composer Ken Steven and became the winner.

An online voting for the Audience Award took place from 25 to 31 May. Indonesian Telkom University Choir received the most likes for its virtual video in which it featured the song DIES IRAE by composer Ken Steven and became the winner. He was followed by the Girls 'Choir of Gimnazija Celje - center from Slovenia, the Girls' Choir Vesela pomlad from Italy and Oriana youth female choir from Ukraine.

We thank all the participants once again for their participation and congratulations on the successful presentations.

CONGRATULATIONS TO THE WINNER OF TELKOM UNIVERSITY CHOIR FOR THE AUDIENCE AWARD! 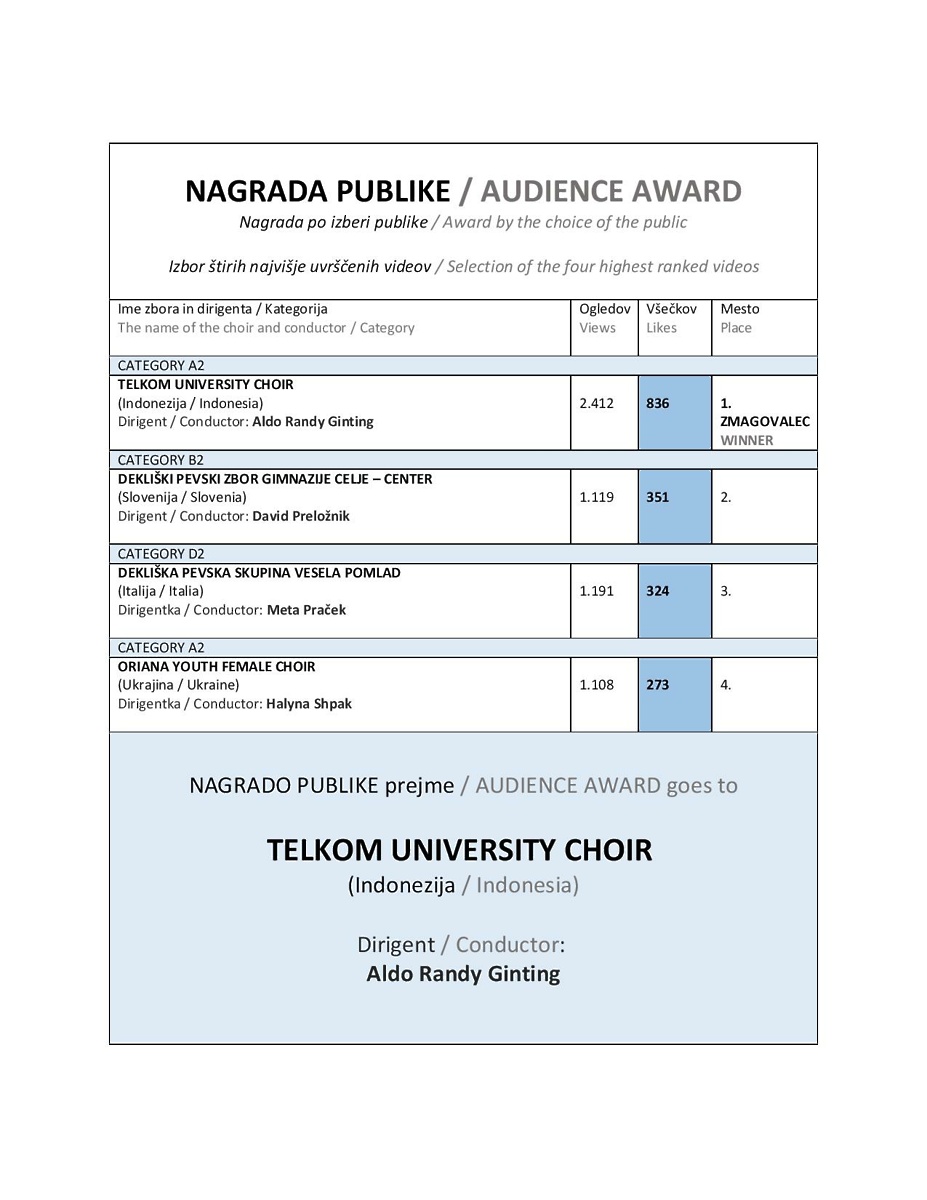 Short Presentation of the Video Concept :

The concept of this video is a depiction of the Day of Wrath, in which there are shocks in the video and elements of fire, and ashes. In this video there is also The grim reaper on the part as a judge on the day of judgment as conveyed in the sentence "Quando Judex est venturus" (when the judge).

Regarding color, this video broadly highlights the color Purple which means majesty and repentance from sin as depicted in the purple fire element at the beginning of the song, the singer costumes, and the purple light in the Pie Jesu part, where this section tells about asking for God's help and forgiveness of sins. This video is also supported by supporting colors such as red which symbolizes fire, gold as a symbol of majesty and holiness, and black as a symbol of darkness. On the last part of the video, it gets more intense and peaks until the end of the song there is an explosion and turns into ashes as conveyed in the sentence Solvet sæclum in favilla which means the world will dissolve in ashes.

Telkom University Choir (TUC) formed in February 21st 2014. Under the direction of the coach team Aldo Randy Ginting and Vina Lusiani, TUC regularly holds concerts and participates in choir competitions both in Indonesia such as Bandung, Jakarta, Semarang, Malang and abroad such as Thailand (2016), Austria (2018), Poland (2018), Taiwan (2019). 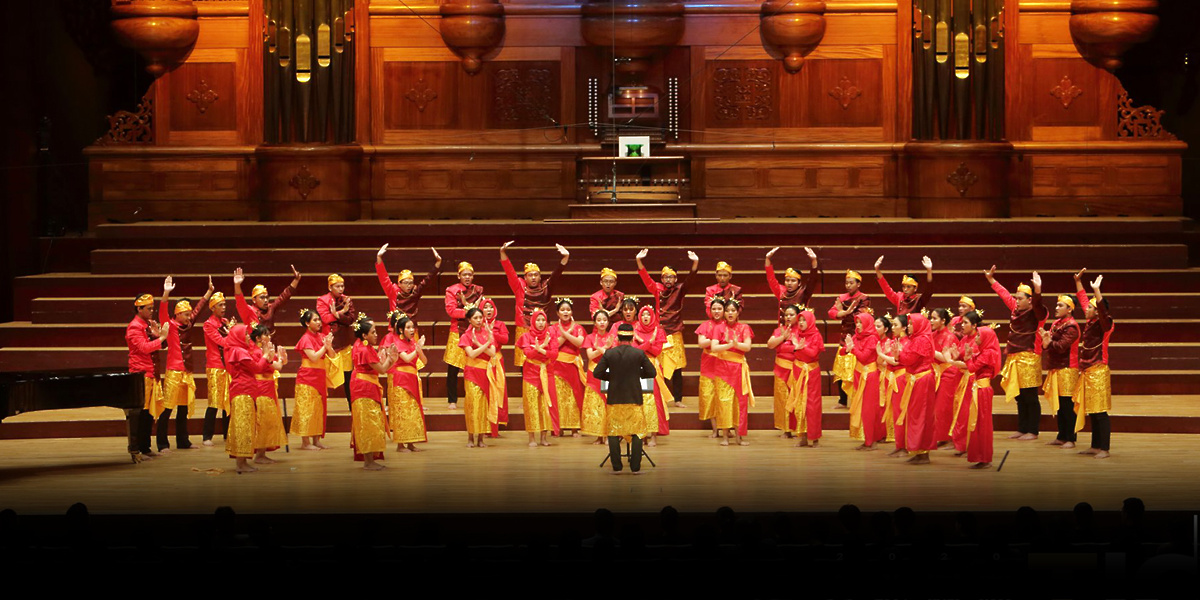 '' This time, for us, all the participants are winners. They overcame fear and despair and each contributed to the revival of choral activity, whic...

Due to the unpredictable situation, the organizer, in cooperation with Radio Slovenia, decided to hold the FINAL- 2nd round of the competition on M...

RESULTS OF THE SOLO VOICE COMPETITION

As part of the 2nd International Festival Aegis carminis 2021, 26.3. in Koper, the 1st round of the international solo singing competition for youn...

Announcement of accepted candidates selected by the artistic council of the competition.