In the video presentation you can find out more about the new project, which was designed by University of Primorska Academic Choir together with the composer. We are glad that we managed, despite the difficult times, to carry out the project and present it live in Gorizia and Ptuj. It is from the last concert that we will offer you a wonderful musical journey.

You can watch a video presentation HERE

''Folk music heritage of the wider Primorska region has been close to my heart since forever. Years ago I played many an Istrian song with Vlado Batista's String.si, whereas Julijan Strajnar's book gave me inspiration to undertake a journey across Rezija, the mysterious valley where the sounds of citira (violin) and bunkula (bass) echoe to this day. That is exactly why, at the end of 2019 in between charming coffeeshop debates along the Ljubljanica river, Ambrož Čopi so easily convinced me to make an album of folk songs from Primorska. I researched an abundance of written texts and melodies from Istra, Trieste, Goriška, Venetia and Rezija, and chose those that touched me for one reason or another – sometimes for their playfulness too – and after that, started composing the album in the beginning of 2020. In uncertain circumstances, shaken by the pandemic, I finished an album in about a year's time. It is titled after its last composition – Ta citira (This Fiddle), where the power of love meets the power of music.

Some of the chosen songs have spread throughout Slovenia, others are very special and only known in their narrower areas. Love is the main theme of most – from lightly humorous to sad, even tragic stories. In the adaptations, I reinterpret their melodies on the basis of jazz harmony and emphasize their rhythmic component by introducing rhythms and atmospheres of several different international traditions (swing, latin, afro). Despite distinct authorial interventions into the folk material, I tried to preserve the original message and inner temperament of the songs. I arranged a few of them as a cappella compositions, but most are adapted to be performed with accompaniment. For it, a carefully assembled jazz string quartet with added percussion has been chosen, bringing the freshness of improvisation into the music – and returning into the classical sound of a multiple-voiced choir some of that original energy that was once possessed by folk musicians.'' 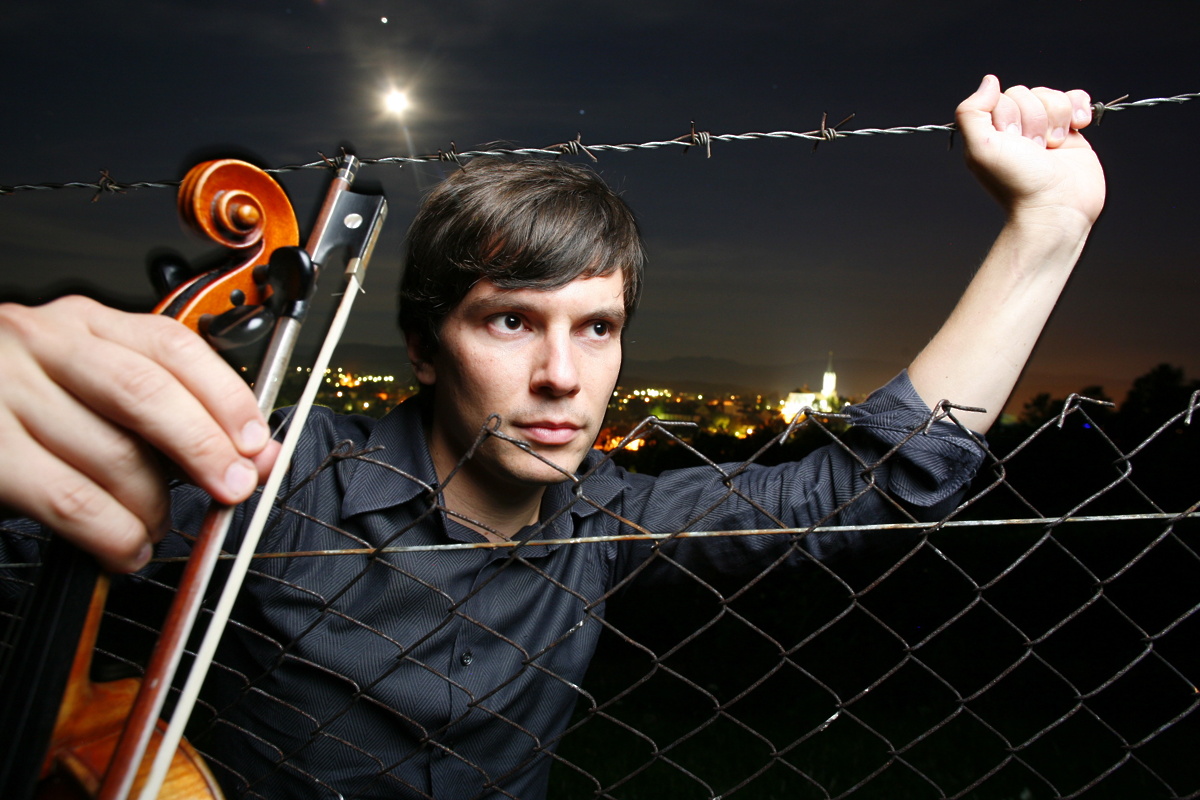 Marijan Dović (born in Zagreb, 1974) is an academician of literary sciences (higher scientific consultant and professor at the Institute for Slovenian literature and literary sciences of ZRC SAZU), as well as a jazz musician and composer. As a violinist, he performed and recorded with many known Slovene and international musicians, led the musical workshop Janzzinty and released two albums featuring original compositions (Gorjanske bajke, 2005; Got Rhythm?, Corcoras string quartet, 2018). His vocal compositions have been performed by choirs and vocal ensembles such as APZ UP, APZ Maribor, Slovenski oktet, Pomlad, Cantabile, Quatuor vocum, Novo mesto, Mezzo, Krog Krka and others. He received the Silver Honorary Badge of ZRC SAZU in 2018 for his scientific achievements and the Trdin Prize for his artistic work.

The third concert as part of the festival, which we offer virtually, belongs to the host University of Primorska Academic Choir . The ethno-jazz p...

University of Primorska Academic Choir, which operates under the auspices of ŠOUP, has successfully completed the last set of competitions organize...