The third concert as part of the festival, which we offer virtually, belongs to the host University of Primorska Academic Choir . The ethno-jazz project, which was presented together with the Slovenian Improvisational String Quartet, impressed the audience with its freshness, energy and diversity. We believe it will touch you too.

Here you can watch a VIDEO of the concert.

(Slovenian folk song from the Littoral)

“Folk music heritage of the wider Primorska region has been close to my heart for a long time. Years ago I played several Istrian songs with Vlado Batista’s String.si, whereas Julijan Strajnar’s book once inspired me to undertake a journey across Rezija, the mysterious valley where the sounds of cítira (violin) and bunkula (bass) echo to this day. No wonder that at the end of 2019—in between charming coffeeshop debates along the Ljubljanica river—Ambrož Čopi so easily convinced me to make an album of folk songs from Primorska. I examined an abundance of written texts and melodies from Istra, Trieste, Goriška, Venetia and Rezija, and chose those that touched me for one reason or another—sometimes for their playfulness too—and after that, started composing the music in the beginning of 2020. In uncertain circumstances, shaken by the pandemic, I finished the compositions for this album in about a year’s time. It is titled after its last song—Ta cítira (This Fiddle), where the power of love meets the power of music.

Some of the chosen songs are spread throughout Slovenia, others are very special and only known in their narrower areas. Love is the main theme of most—from lightly humorous to sad, even tragic stories. In the arrangements, I reinterpret their melodies on the basis of jazz harmony, and emphasize their rhythmic component by introducing rhythms and atmospheres of several different jazz and world-music traditions (swing, latin, afro). Despite distinct authorial interventions into the folk material, I tried to preserve the original message and inner character of the songs. I arranged a few of them as a cappella compositions, but most are adapted to be performed with accompaniment. For it, a carefully assembled a jazz string quartet (with percussion added to some of them) has been chosen, bringing the freshness of improvisation into the music—and returning into the classical sound of a choir some of that original energy that has always been a characteristic folk musicians.” 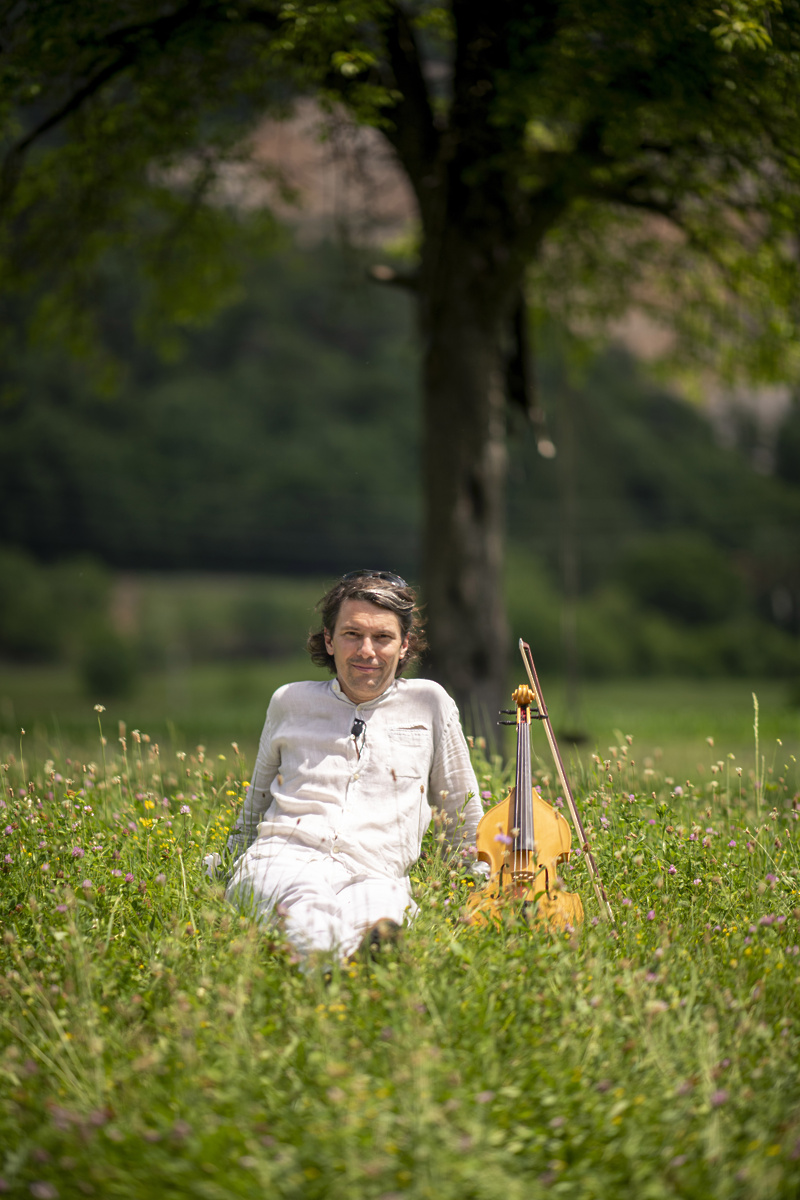 The composer, conductor, musical pedagogue, and tireless organiser Ambrož Čopi inspires many performers and audiences across Europe and the world with his creativity, as well as encourages young musicians with his artistic passion and contagious ardour. His determination and enthusiasm have made him one of the greatest authorities on the Slovenian choral music scene. Čopi is one of the most prominent Slovenian vocal music composers, and countless performances of his works by Slovenian and international choirs alike prove that. His works have made appearances in amazing performances in all parts of the world; in almost all European countries, both Americas, and Asia. As a composer, he presented himself in Slovenia in five author evenings and four CDs—most recent being Sanjam and Praeparate corda vestra. In the latter, Čopi expressed his performing credo as a conductor with an extensive opus of reproductive works. His artistic prowess has been crowned by sixteen national competition golden plaques, twenty-six first placings and multiple international golden plaques, acquired with six different choirs. He regularly hosts masterclasses in different international choral festivals. 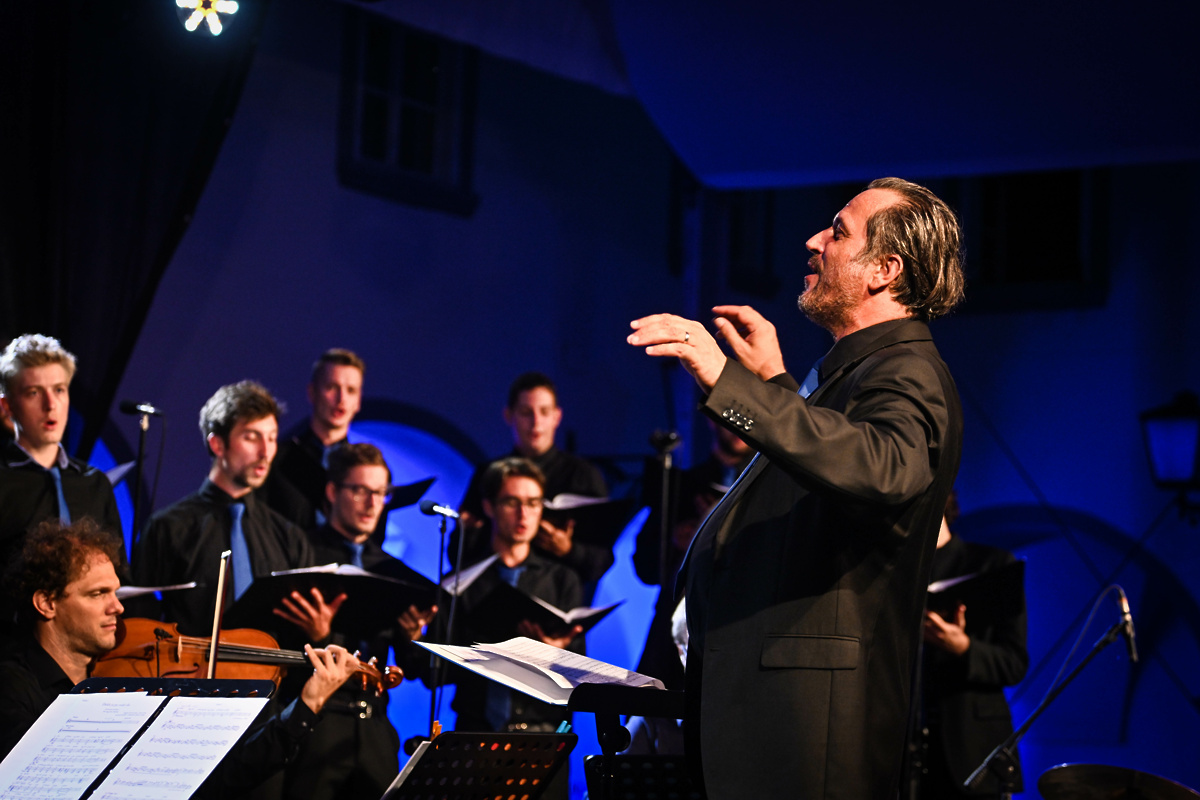 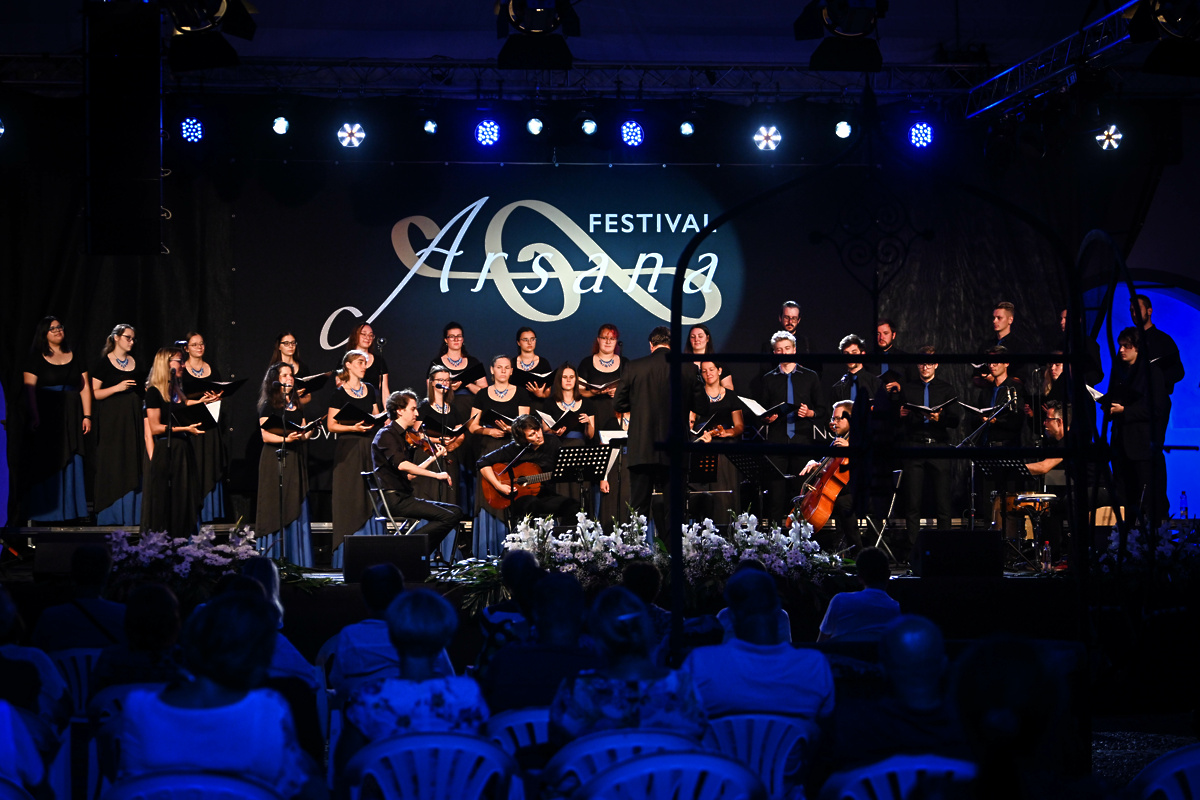 Slovenian Improvising String Quartet is a unique ensamble in the Slovenian musical space. Its members stem from various musical backgrounds—but they are bonded by their mastery of improvisation in various genres (from folk and world music to jazz), inventive percussive treatment of string instruments, and the true the passion for the rhytmic groove. The group is put together in a way so that the sound can morph from delicate precision of a classical string quartet to energetic rhythmical sounds of samba, jazz or afro ... and from improvised, floating, “sul ponticello” introductions to an eruptive, raw sound of folk string music, for example that of Rezija. And most importantly, they are a go-with-the-flow band—for they always leave space for improvisation. 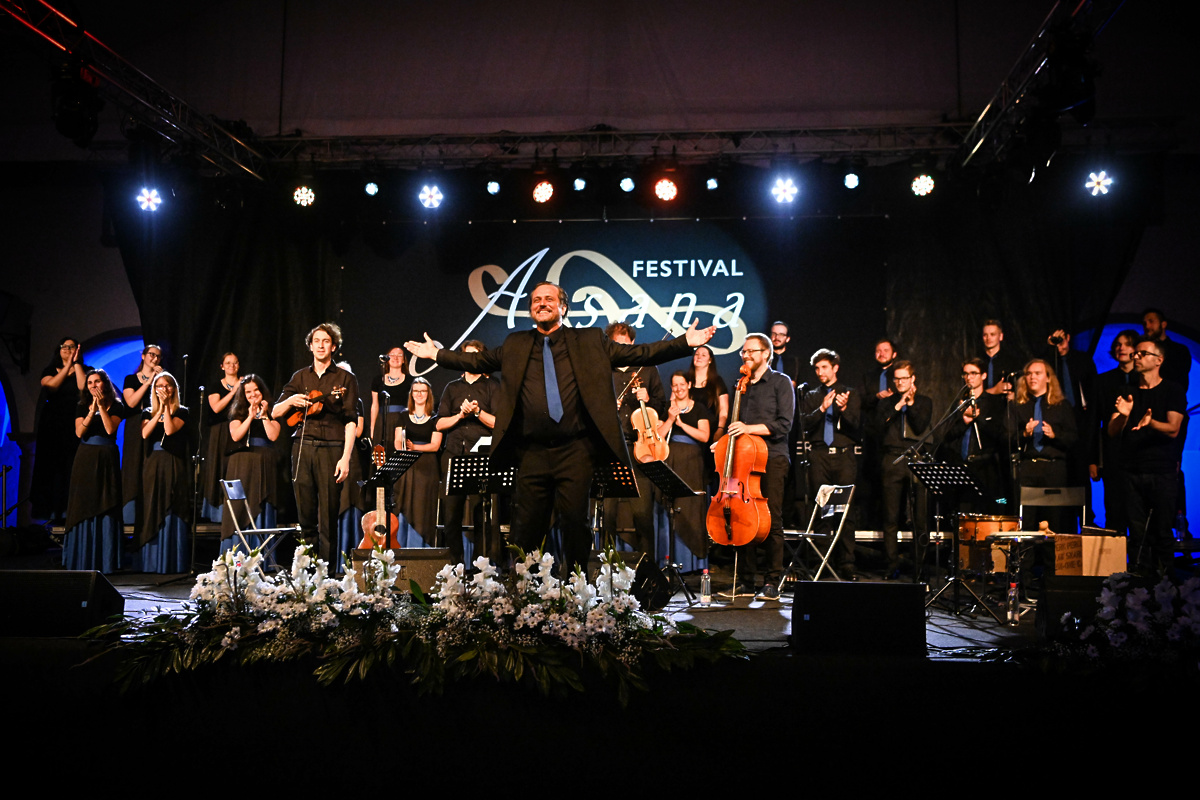 Violinist and composer Matija Krečič finished his violin and composition studies in 2015 at the Carinthian State Conservatory in Klagenfurt, Austria. He frequently collaborates with Magnifico and Tomaž Hostnik, as well as with bands Momento Cigano and Tango Story. In the past, he played with Terrafolk, Gal and Severa Gjurin, Mar Django, Skarabej and Orkestrada. He has written music for a few short films and theatre plays. He received a best adaptation prize at Slovenska popevka festival in 2018, and worked with acknowledged Slovenian soloists and groups as an arranger and composer. So far, two albums with his original works have been published: Architexture (Janus Atelier, 2014) and Cut / Rez (ZKP RTV Slovenija, 2020). 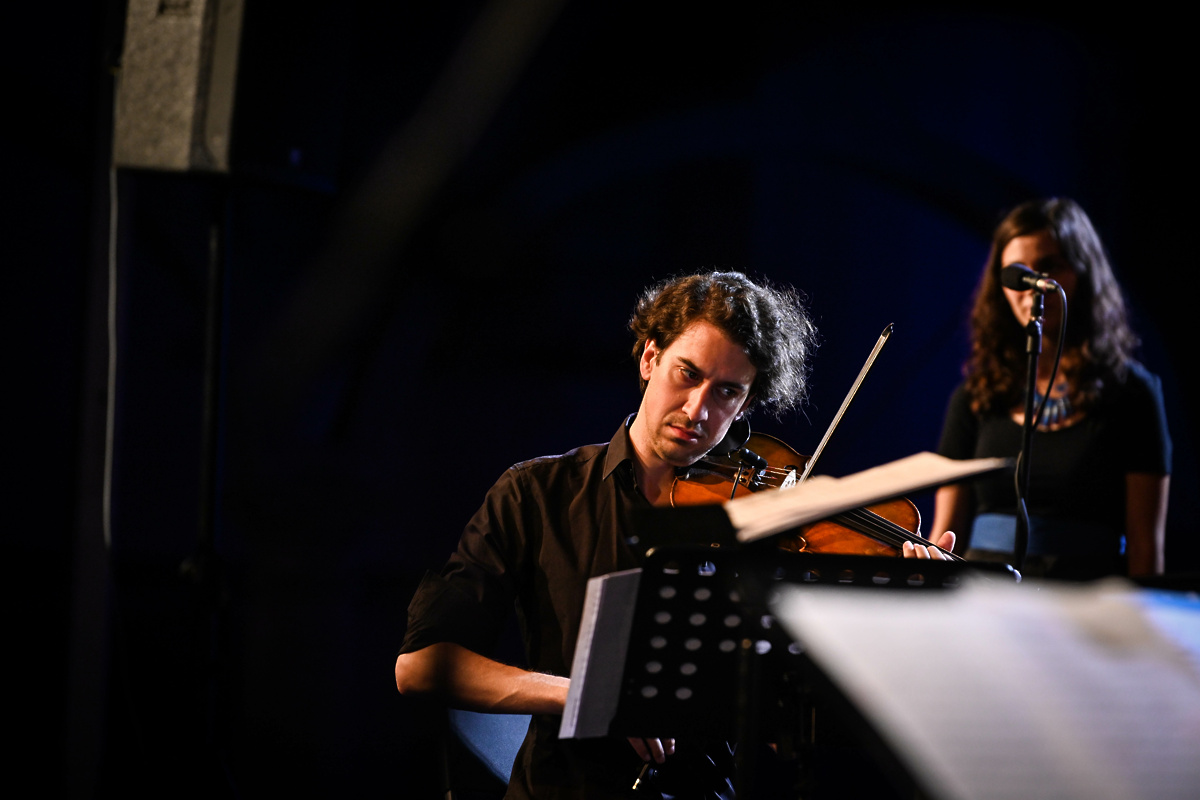 Marijan Dović (born in Zagreb, 1974) is a literary scholar (senior researcher and associate professor at the ZRC SAZU Institute of Slovenian literature and literary studies), as well as a jazz musician and composer. As a violinist, he performed and recorded with many distinguished Slovenian and international musicians, led the musical workshop Janzzinty, and released two albums featuring original compositions (Gorjanske bajke, 2005; Got Rhythm?, Corcoras string quartet, 2018). His vocal compositions have been performed by choirs and vocal ensembles such as APZ UP, APZ Maribor, Slovenski oktet, Pomlad, Cantabile, Quatuor vocum, Novo mesto, Mezzo, Krog Krka and others. In 2008, he received the ZRC SAZU Silver Medal for his scholarly achievements and the Trdina Award for his artistic work. 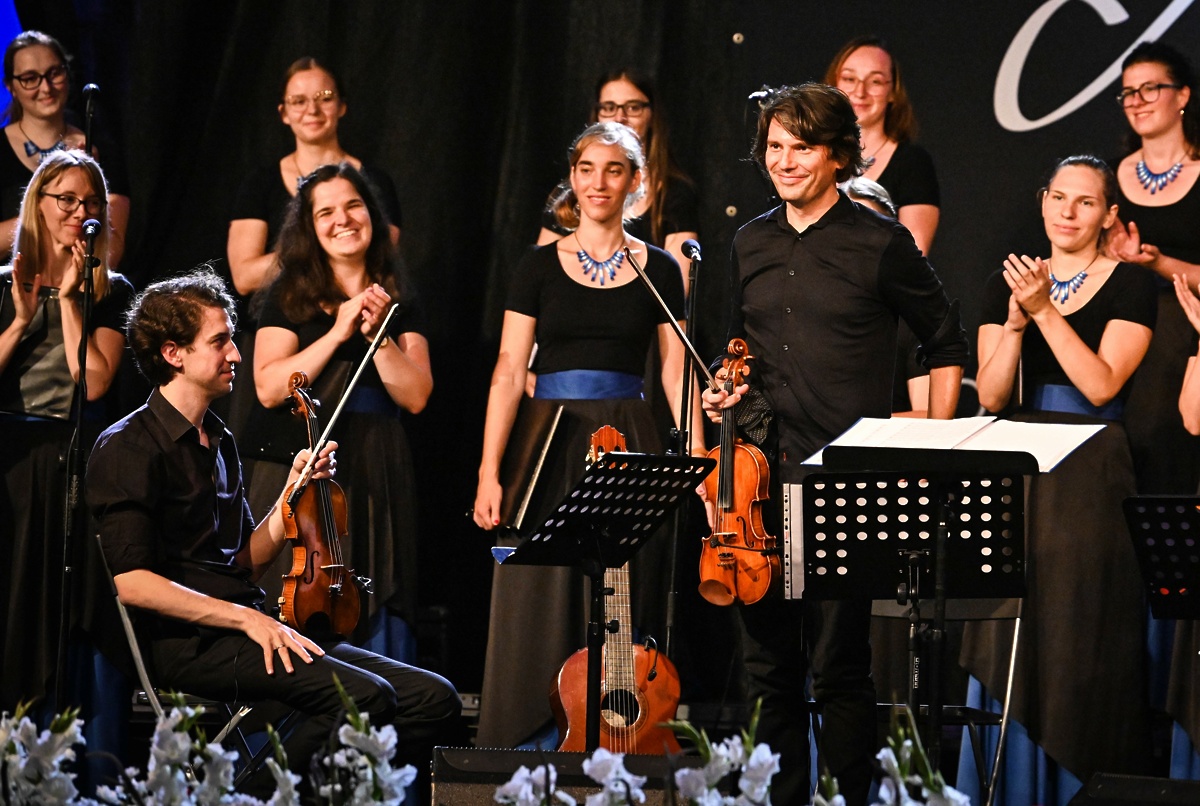 Peter Ugrin graduated from jazz violin at the New School for Jazz in New York, and from his viola studies at the Ljubljana Academy of Music. He works in improvisation as a soloist, a member of different jazz ensembles, a jazz violin professor at the Ljubljana Academy of Music, and a viola professor at the Ljubljana Conservatory for Music and Ballet. He performs mostly with the Swingatan acoustic ensemble, with whom he recorded their debut album Swingin’ Heaven. In addition to Swingatan, he leads the Artbeaters ensemble, with whom he achieved prizes at the Jazz Competition Bucharest and at the festival/workshop Jazzinty. He also performs with several classical chamber ensembles. He conducts Big Band Gverillaz, with whom he won the European Big Band Competition IBBC in 2018. 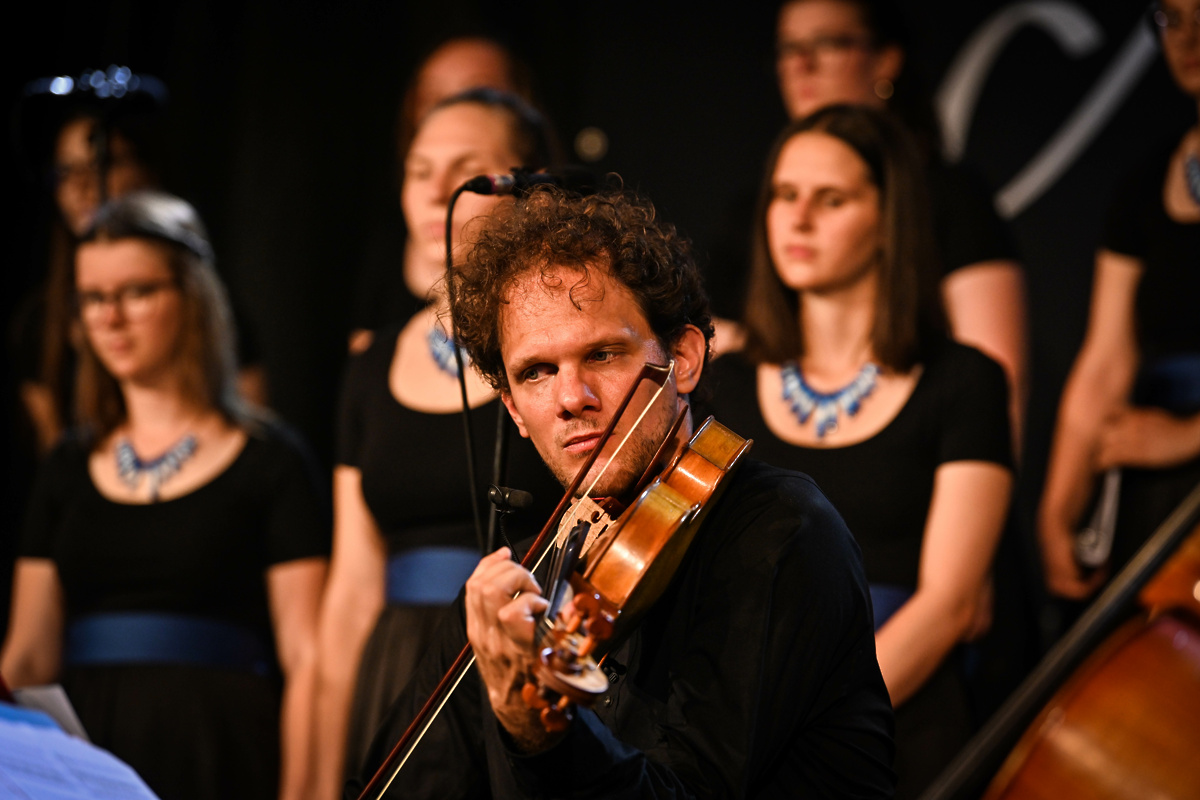 After finishing his high school cello and drums education in Ljubljana, Kristijan Krajnčan graduated in jazz drums at the Prince Claus Conservatory (Groningen, 2009) and got his Master’s Degree in film music at the Conservatory of Amsterdam (2013). His extraordinary musical bandwidth allowed him to cooperate with a multitude of Slovenian and international musicians in ensembles ranging from a trio to a big band. He also received many international awards (the last one being at the Seifert Competition in Poland, 2020). As a cellist and drummer, he is featured on more than 40 CDs and performed concerts in more than 25 countries in Europe, USA and elsewhere. He composed scores of three full-length films and nine short films. DrummingCellist is his new solo project, combining jazz, classical and film music. 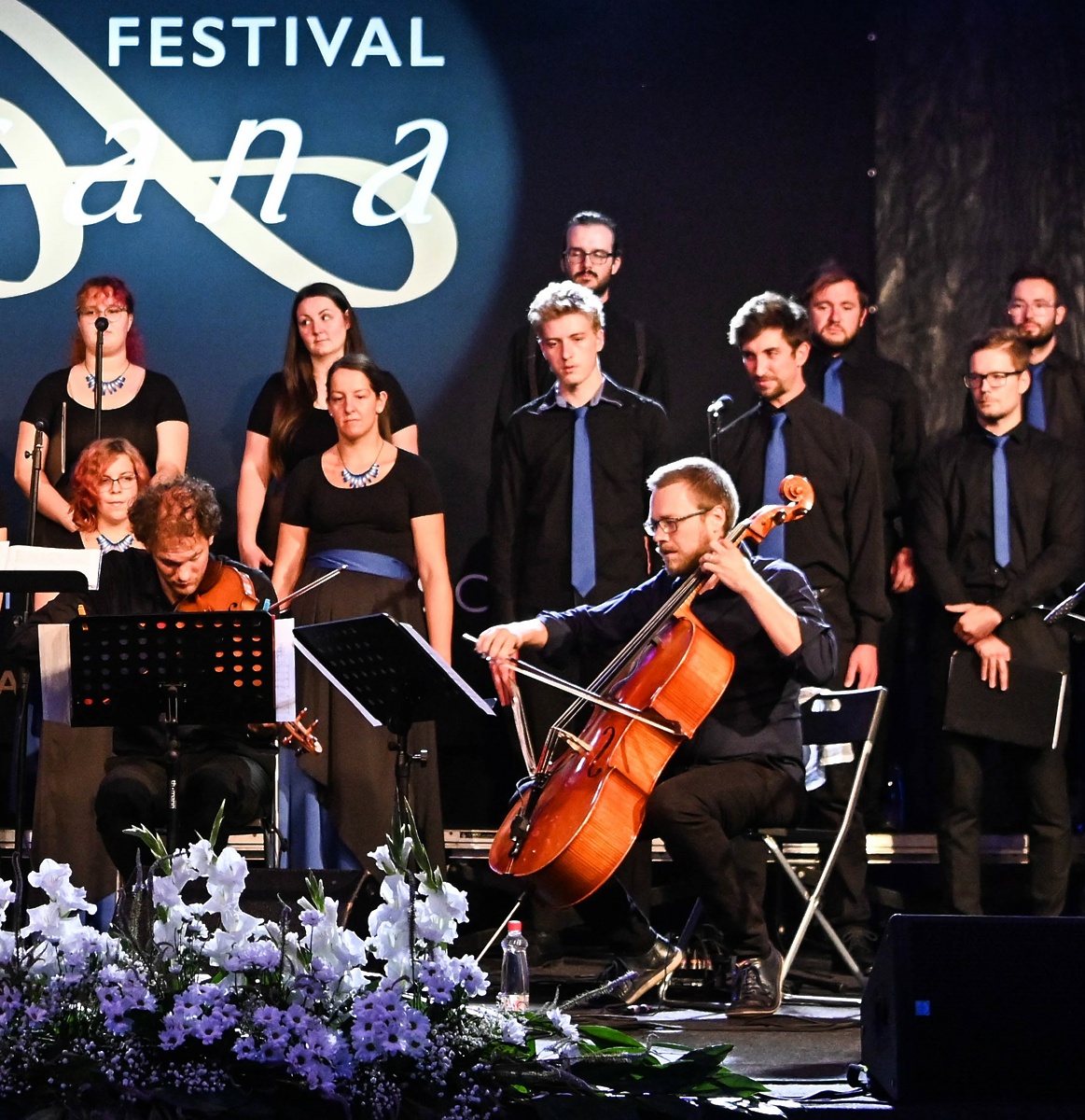 Blaž Celarec is a versatile percussionist, producer, recorder and sound designer. He studied percussion in Slovenia, at Rotterdam Conservatory, in Havana and New Delhi. He is active in various musical fields. He has recorded nearly 70 albums as a percussionist and well over 40 as a producer or sound engineer. He has participated in numerous theatrical productions and created music for several performances and films. As a percussionist he is a member of various ensembles; from improvised music (Zoc), world music (Brina), songwriter bands (Radio Mondo, Hamlet Express) to acoustic pop music (Gal and Severa Gjurin, Nana Milčinski), chansonnier Svetlana Makarovič to the band Malamor and the acoustic band Mi2. He was also very active in theater as a composer, musician and actor.

We thank you for your support in the preparation and implementation of the project: 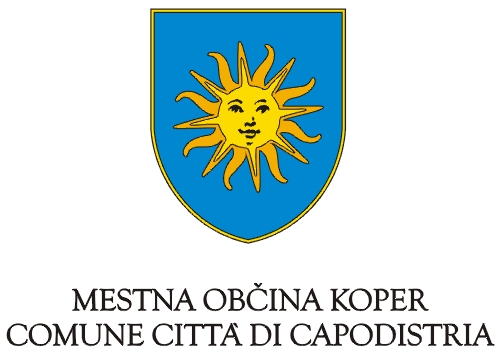 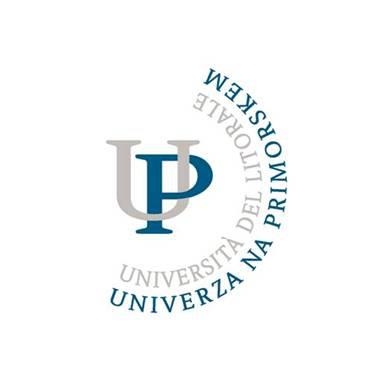 ed us to the Arsana festival, where the present recording was made.

In the video presentation you can find out more about the new project, which was designed by University of Primorska Academic Choir together with t...

University of Primorska Academic Choir, which operates under the auspices of ŠOUP, has successfully completed the last set of competitions organize...